Visit to the “Young”

At the invitation of deputy headteacher, Charlotte Kopsch, David Whitaker and John Gillham from MRATHS visited St Joseph’s Catholic Primary School in Malvern.  They spoke to each of year groups 4, 5, and 6.  David explained how scientists came to Malvern linking in to the school’s “local area week”.  He also explained how radar works and the children enjoyed pretending to be a radar!  John then described the development of Infrared cameras and the students were intrigued at seeing themselves and other objects as shades of heat and conducting experiments. 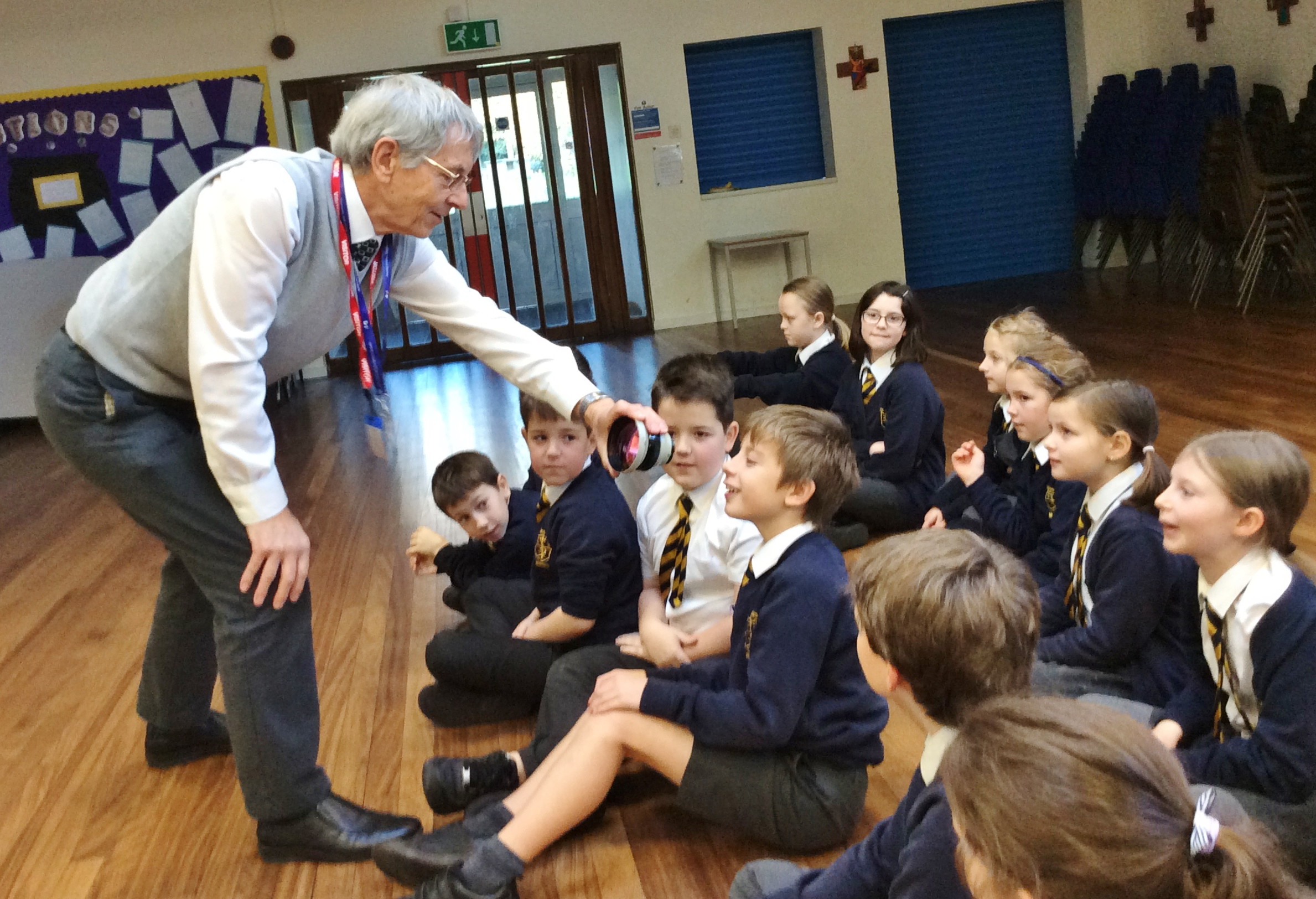 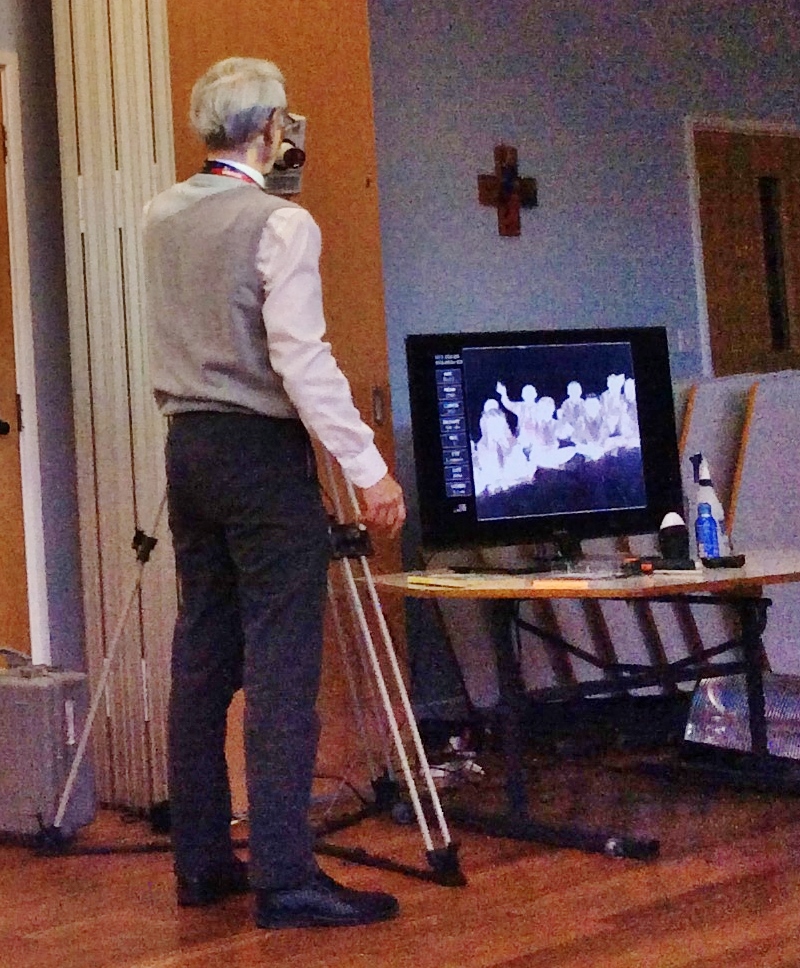 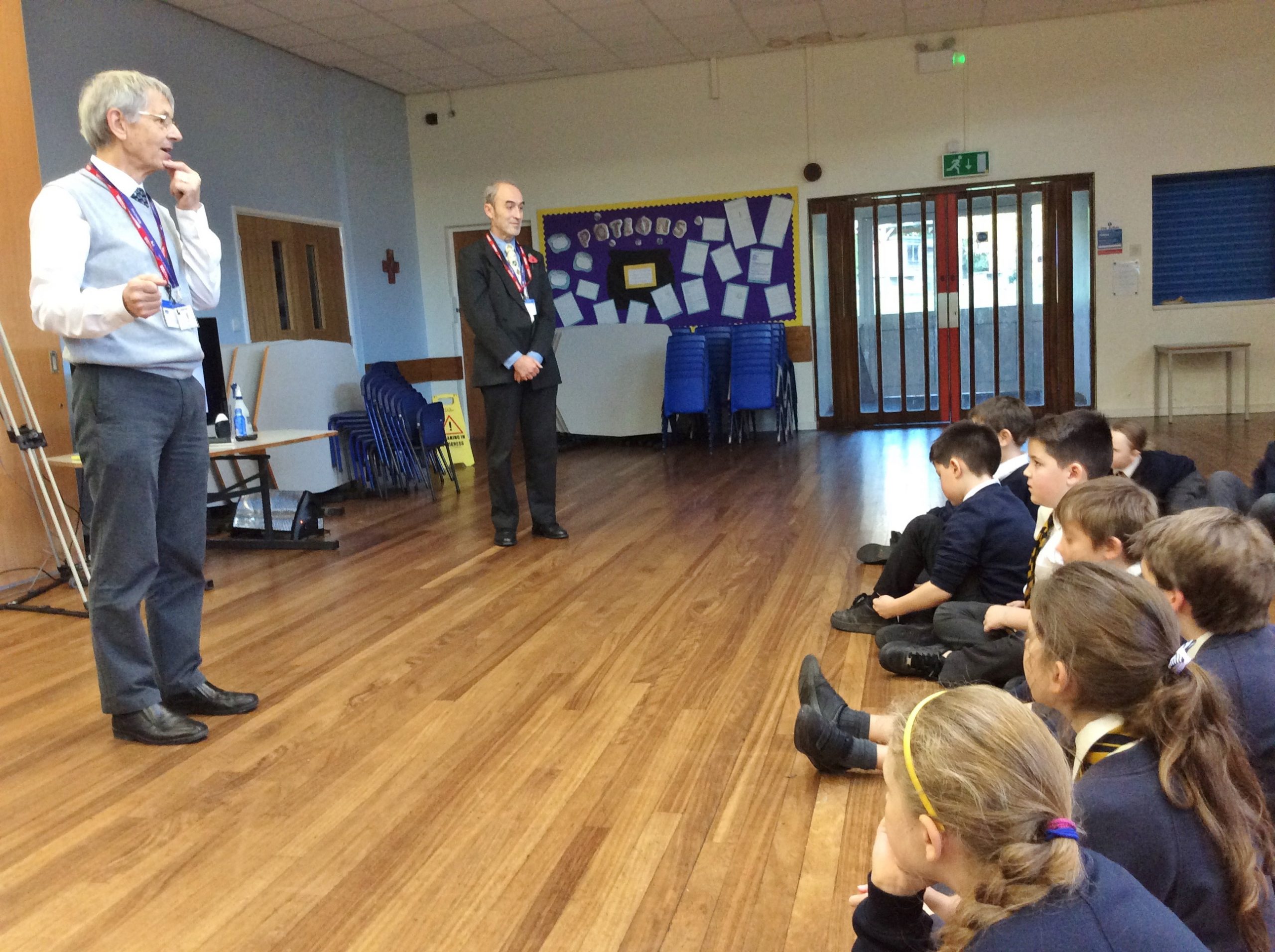