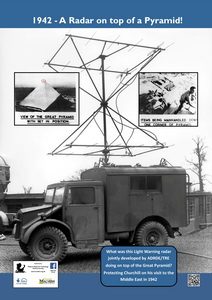 In 1941, to meet the need for a portable R.D.F. (Radar) warning set in the field to detect approaching aircraft, a number of ‘pack-sets’ were constructed using standard Air to Surface Vessel – ASV (aircraft to ship) radar units. The range was limited to 15-20 miles for aircraft flying at 10,000 feet. 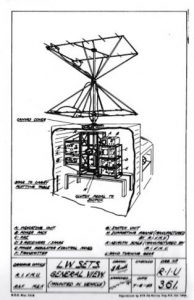 The new set was designed to work at a frequency of 176MHz. The transmitter and aerials were developed at Metropolitan Vickers. TRE developed a nine-inch radar operator display (Plan Position Indicator – PPI).  Designs for turning gear and aerials were largely taken over by TRE. The receiver was a standard 1½ meter ASV equipment. 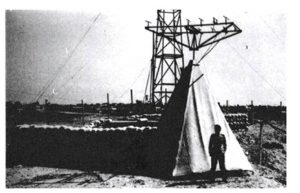 TRE Scientist Dennis Wormald stands in front of a LWS which he deployed in Crete before the German airborne invasion. 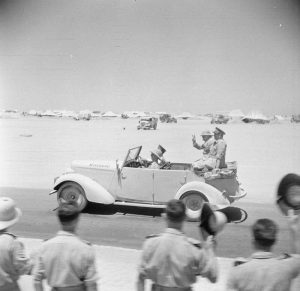 In August 1942 Winston Churchill visited UK troops in Egypt prior to the Battle of El-Alamein. As part of his protection a LW Set was installed on the top of the Great Pyramid.