During the Second World War, Geoff Dummer was responsible for providing the means to train RAF personnel in new radar systems. 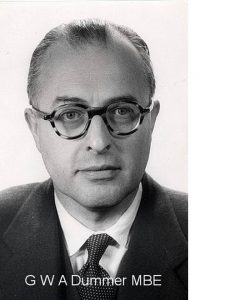 His boss, Superintendent AP Rowe called it the hall of magic in Malvern College and said that Dummer had promised him a share in the profits from setting up his systems on Brighton pier, where you put a penny in the slot and you could see towns, submarines and fighters intercepting things.

The trainers involved very complex electro-mechanical system as well as in some cases film projectors linked to the system.

They saved many thousands of hours of flying time as they were used at squadron level to train the aircrew.

Over 2000 trainers were used by the RAF during World War II. It was estimated that their use was equivalent to a force of 4000 aircraft flying a total of 2 million hours consuming 250 million gallons of fuel. 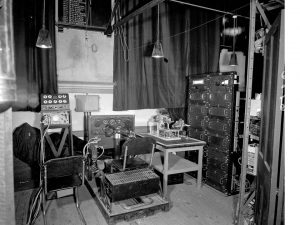 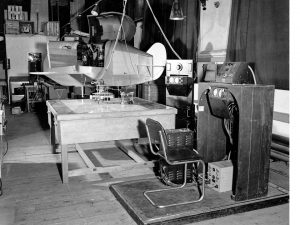