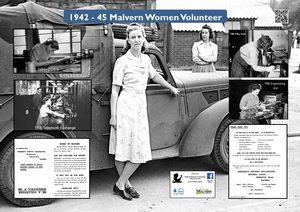 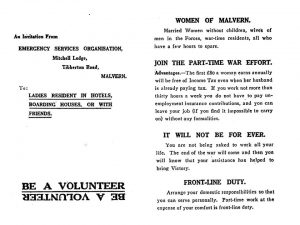 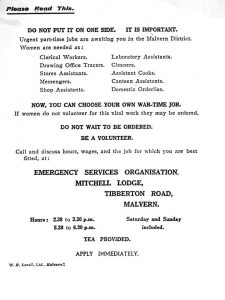 Perhaps not quite politically correct today and although this was aimed at support staff, there were women working in the scientific and technology areas.

In late 1944, Martin Ryle (later Sir Martin, Astronomer Royal) and Miss A M Wildblood analysed the remains of a German V2 rocket that had crashed in a Swedish forest and brought to the UK. They wrote a Top Secret report that showed that the control system could be jammed. Much effort was put into producing jammers – all to no avail as they were not to know that the receiver in the rocket was for test purposes only.

Another distinguished scientist Joan Curran who invented the passive jamming of radars with “Window” is celebrated in the poster showing a Lancaster dropping Window over Germany.

The picture below shows many women in the drawing office at the Radar Research Development Establish at Pale Manor (later RRE North Site now Malvern Vale) in 1945. 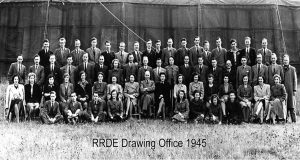 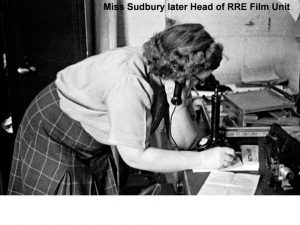