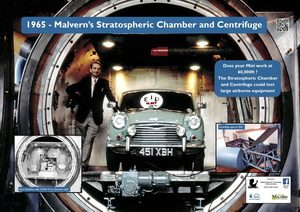 The large stratosphere chamber could simulate wide range of environmental conditions with temperatures -80oC to +150oC and altitude up to 100,000ft (30,000m) with unique explosive decompression. It was located at RRE in J Building. 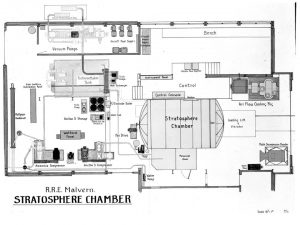 Many different systems underwent a range of testing from large & small to highly classified to non-sensitive. These ranged from acceptance testing in the Stratospheric Chamber of Red Beard the British first tactical nuclear weapon entering service with the V Bombers in 1962 (It was covered by a large blackout curtain and very few people were “in the know” however the giveaway was it had an armed guard 24hrs a day, it did not, of course, have a warhead.), 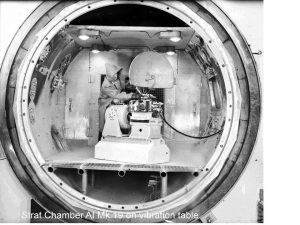