Debs Russell, Year 3 teacher at Somers Park School in Malvern, invited David Whitaker and John Gillham from MRATHS  to the school.  They spoke to each of two year 3 classes.  David explained how scientists came to Malvern, building on their recent studies of local history with links to significant periods of history including the two world wars.  He also explained how radar works and encouraged the children to shout out loud pretending to be a radar!  One boy realised that his house was built on what was North Site where radars had been designed and built.

John then described the development of Infrared cameras and used an historic Infrared video camera to demonstrate “seeing heat”.  The students were excited and intrigued to see themselves and other objects as shades of heat as John illustrated some of the surprising aspects of Infrared – even playing noughts and crosses using the heat of friction on the carpet. 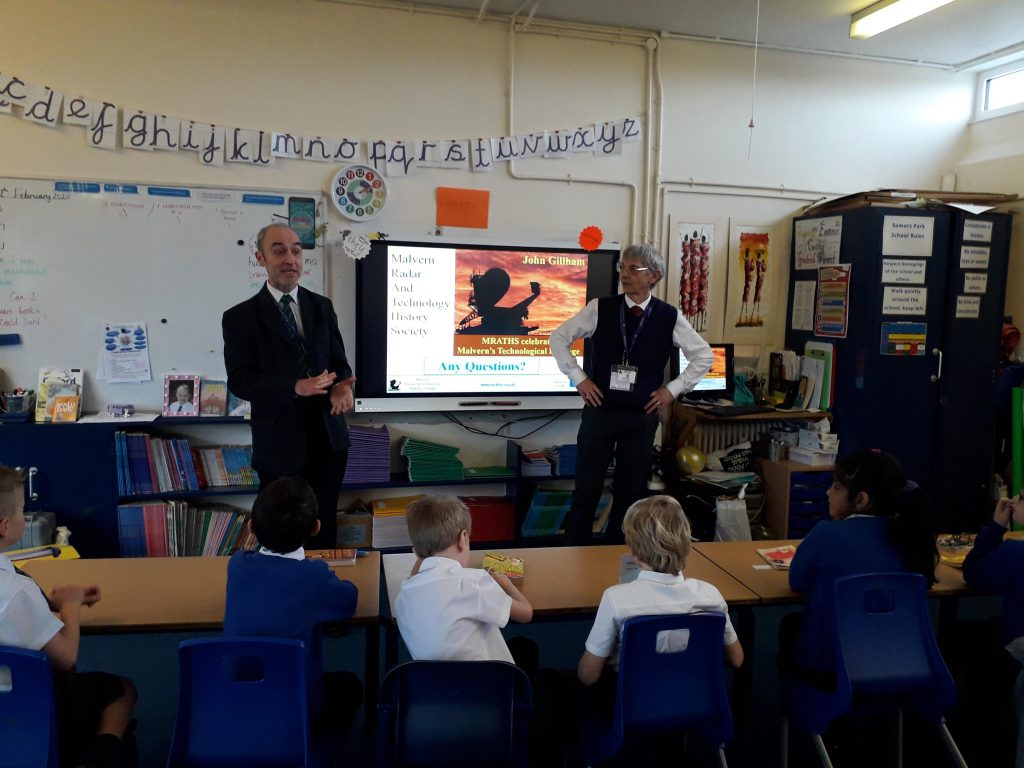 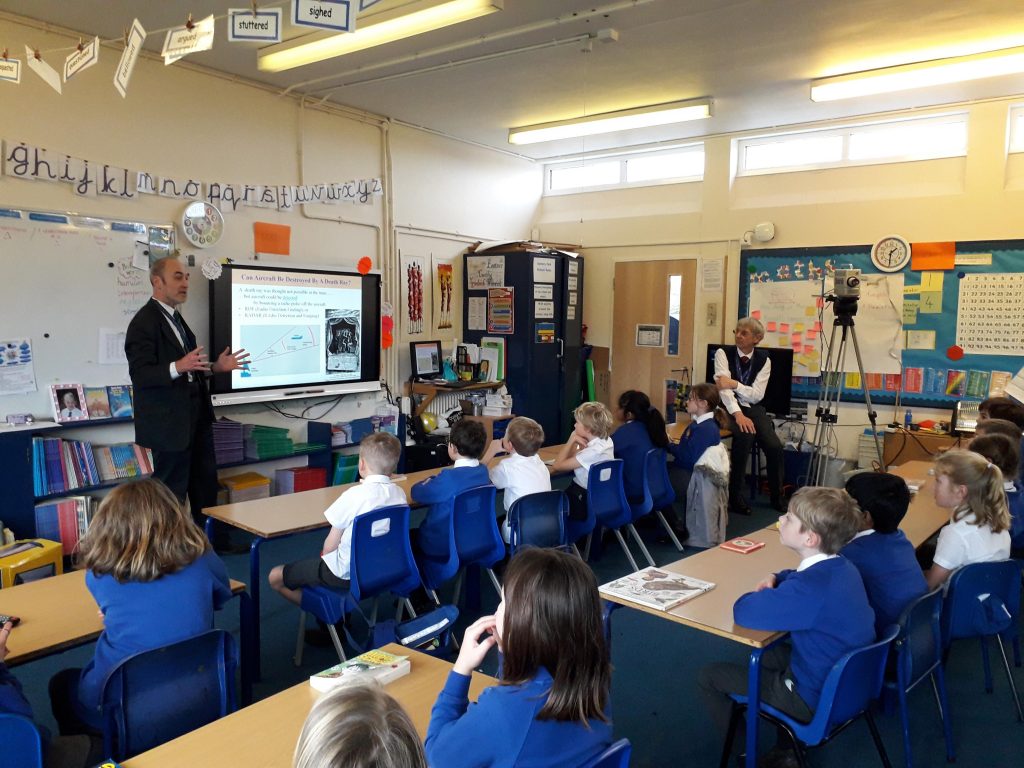 David explaining the history of radar and scientists coming to Malvern 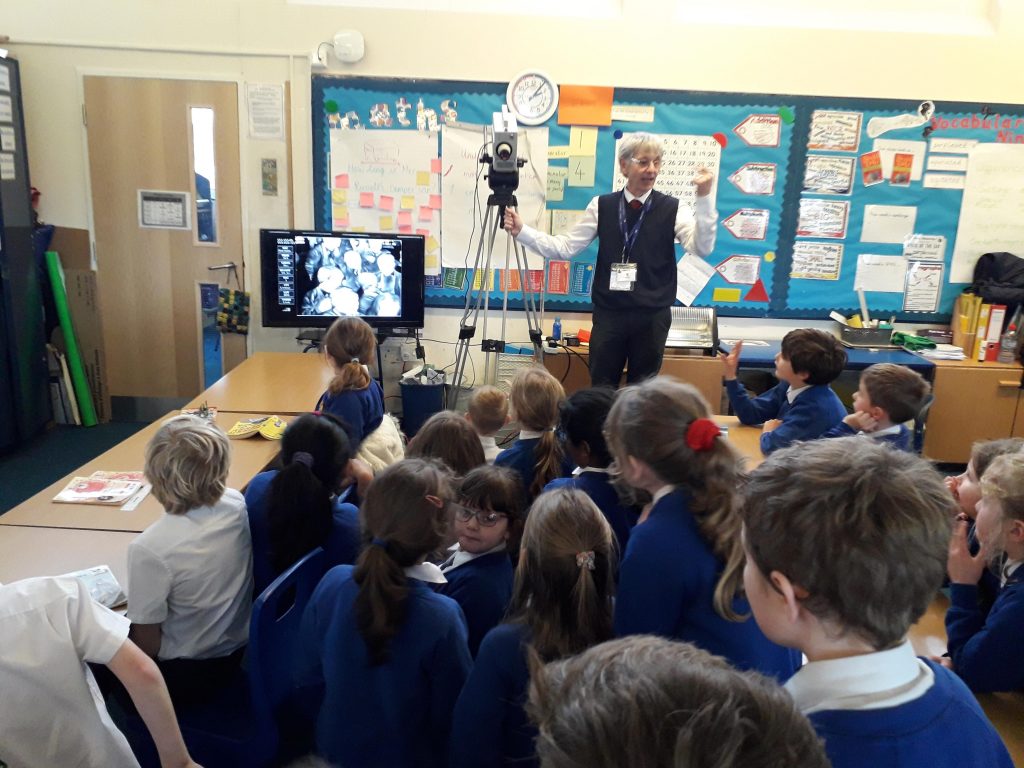