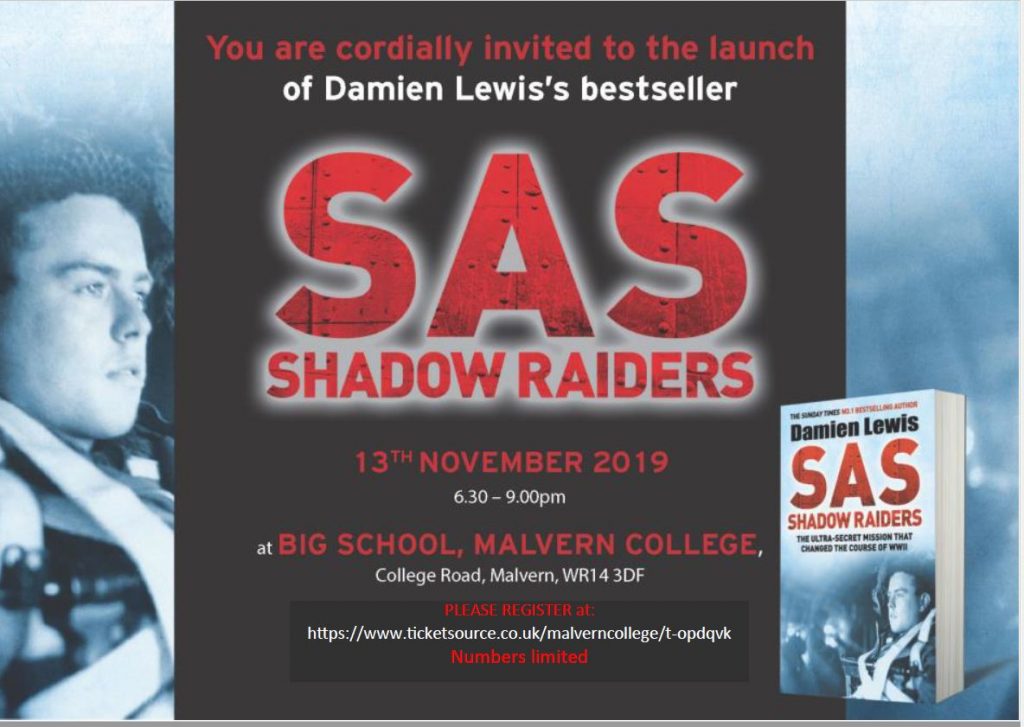 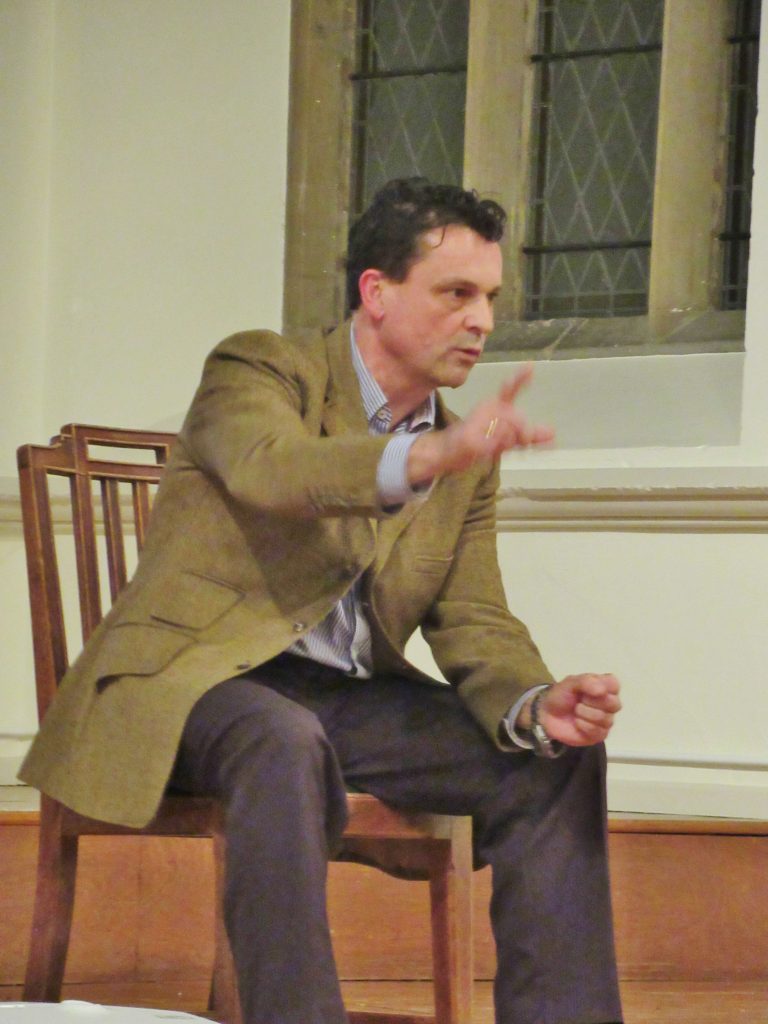 Hugh spoke of acquisitions and events, and the unveiling that day of two new plaques commemorating TRE scientists at the college. Mike gave a brief background to Britain’s radar counter measures work to set the scene for our guest speaker.  This led into Damien Lewis’ absorbing talk about his new book which tells the true story of Operation Colossus, a raid on an Italian aqueduct, and the origin of the Special Air Service (the SAS). The book then reveals why Britain carried out their second daring raid, Operation Biting – to steal a German Wurzburg radar. The consequences led to the evacuation of TRE to Malvern.  Sitting on the stage, Damien used his excellent storytelling ability to bring to life the interacting strands of these crucial events. Damien used material from the MRATHS archive in his book and has given generous support to MRATHS.

Finally, special thanks and gifts were presented to MRATHS supporters, Dr Natalie Watson from Malvern College, Chris Walker from QinetiQ, Andrew Huntley for the Civic Society and our special VIP guest John Hooper who worked at TRE in 1943 and his wife Barbara. Tea and coffee was then served while Damien Lewis did a marathon book signing session. 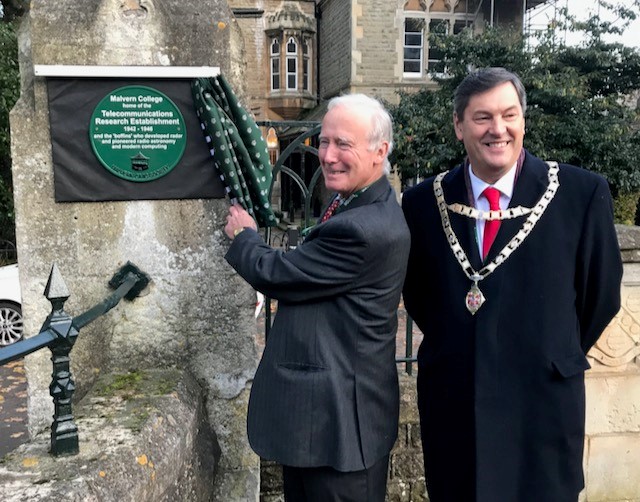 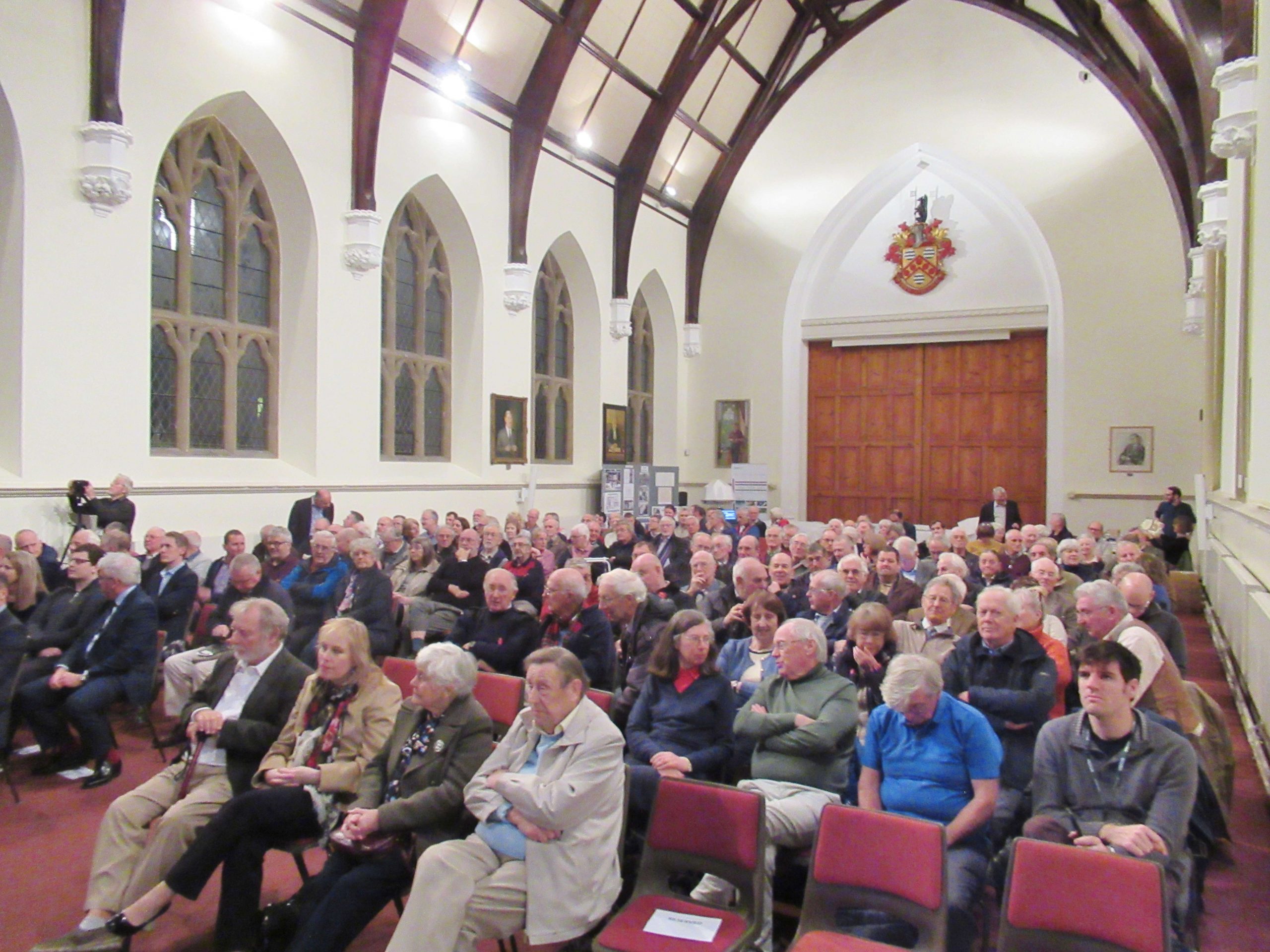