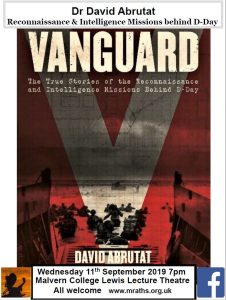 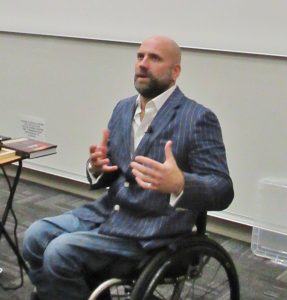 89 people attended MRATHS (https://mraths.org.uk/) latest meeting at Malvern College.  Martin Hutchinson showed us early 360-degree interactive images and drone video from the initial recordings of the old site. Mike Burstow told us of encouraging developments both in formalising our mutually beneficial relationship with QinetiQ and on promising signs to realise our vision for a Science Museum – in a new building on the redeveloped site.  He also mentioned our exhibition material going to the South Yorkshire Air Museum in Doncaster.

The main talk was by Dr David Abrutat on his book, VANGUARD, the previously untold story of the intelligence machine and covert reconnaissance missions that went into the D-Day planning before the June 1944 landings on Normandy coast and opening up of the Allies’ second front. 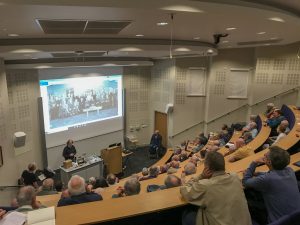 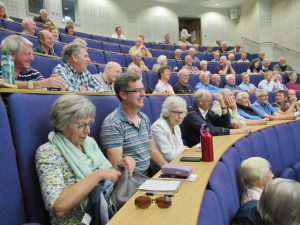 As usual, the evening finished with refreshments, an opportunity to chat and reminisce …. and to buy a copy of David’s signed book.