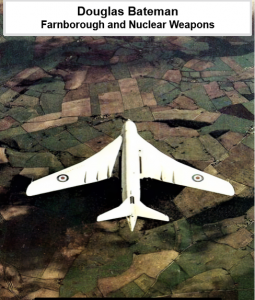 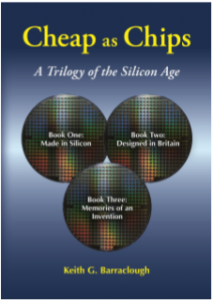 74 attendees at MRATHS (https://mraths.org.uk/) meeting enjoyed a packed evening.  Starting with news of several deaths, Alison Hodge paid tribute to Ralph Benjamin.  We also heard that £6,700 has been raised towards recording of south site with Martin Hutchinson describing the start we have made.  Mike Burstow told us of the new book “Radar Wars” by the acclaimed author, Damien Lewis, supported by MRATHS, is to be launched at our November meeting.

MRATHS stands at several recent local exhibitions were then summarised, including children using radar and triangulation to locate an aircraft at the 3 Counties Show.

Keith Barraclough launched his new “Cheap as Chips”, including his view on the Silicon Age of mankind. 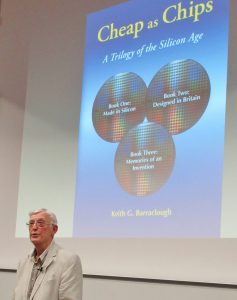 The main talk was by Doug Bateman, previously from Royal Aircraft Establishment (RAE) at Farnborough, who spoke about RAE’s involvement in the UK’s development of nuclear weapons.  He finished with some interesting (and amusing / disturbing) video clips including dated H&S insights! 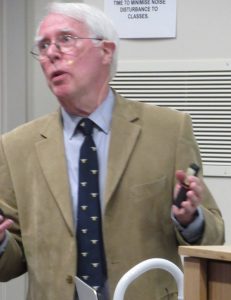 As usual, the evening finished with refreshments, an opportunity to chat and reminisce …. and first chance to buy signed copies of Keith’s signed book.