8th May 2019 – How Malvern helped relaunch the Space Shuttle

Malvern is Dangerous and Inhabited by Aliens! 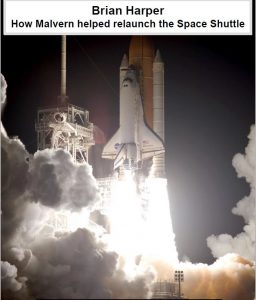 Over 50 attendees at MRATHS meeting were joined by the main speaker’s daughter and young grandson to hear Brian Harper, kindly stepping in at short notice, deliver his personal insight into early technology transfer.  Brian covered his career and passion to see technology development through to implementation/application.  This caused him to leave RSRE to pursue an opportunity exploring sewage pipes using his own specialised camera systems and set up his company, INSIGHT.  Little did he envisage that his perseverance would result in his thermal imaging cameras being the only technology capable of filming potentially lethal hydrogen flames during a shuttle launch and surviving the extreme blast from their engines, thus helping relaunch the Space Shuttle following the Challenger disaster.

Earlier we heard of MRATHS accreditation as a CIO (Charitable Incorporated Organisation) and various activities and plans.

Ron Henry described a find of recent paperwork including orders to move from Worth Matravers to Malvern in 1942.  These claimed that Malvern was a more dangerous place to live and was inhabited by aliens – presumably, referring to Italian and German prisoners of war.

The evening completed with the opportunity to browse see some of Brian’s imaging equipment and chat over refreshments. 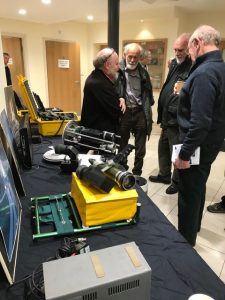 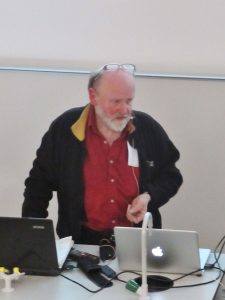 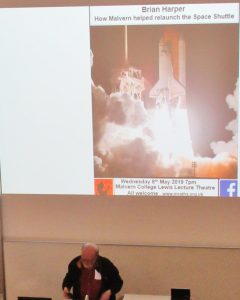