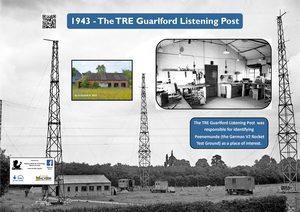 This enabled the site to monitor the reactions of the German radar stations to the jammers and other devices, produced by TRE, which were used to protect the British aircraft on their bombing raids.

L.A. Moncrieff (“Monty”), who was in charge at Guarlford, was an extremely experienced operator. He had served in Naval airships in the First World War and was a member of the crew of the R100 British Rigid Airship on its successful trans-Atlantic flight in 1930 (see Neville Shute’s autobiography “Slide Rule”). Monty had the ability to recognise the individual sender (fingerprinting) and so could note the comings and goings of the German operators.

He noticed (it must have been early in 1943) that one of the best radar units on the French coast had suddenly stopped working. A little while later they started work again, but now they were on the Baltic, near Peenemunde. This gave a valuable pointer to the importance of the Peenemunde V2 missile testing site as a place of interest and, together with other intelligence, led to re-examination of photo-reconnaissance pictures and finally to the bombing of the site, thereby delaying the use of the V2 against Britain. 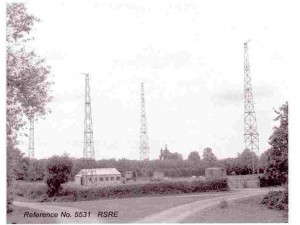 Photo 5531 above show the exterior of the site with the four masts. 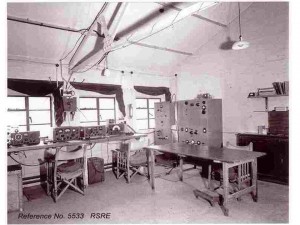 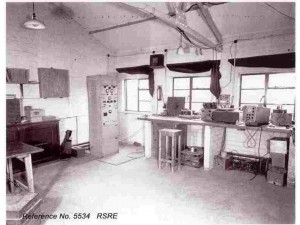 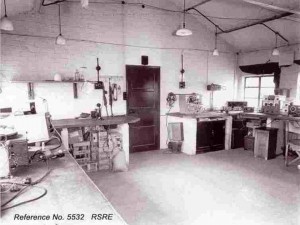 If you look closely at photo 5532 you can see on the left of the door, two Sten guns casually propped on the bench and on the other side of the door a R1132A – RAF Ground Station receiver (100-124MHZ). 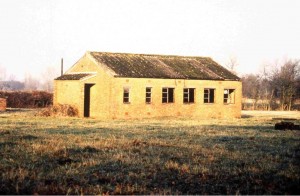 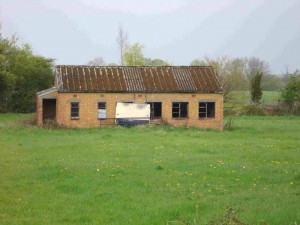 The colour photos show the deterioration of the hut over the years.