At MRATHS’ latest meeting, 85 attendees (including a lot of new faces) heard Hugh Williams present a fascinating account of Malvern’s influence on the UK’s air defence systems.  This was interleaved with the tale of H building, complete with the “H” plaque from the building itself!  The new microphone system helped tremendously. 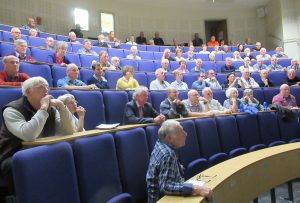 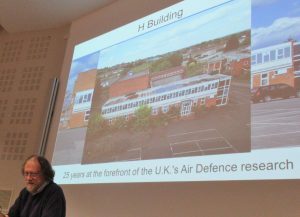 Hugh had opened the meeting with his customary “recent archive additions” and pleas for help in recognising some of the more obscure items.  Mike Burstow provided a few “thoughts from the chair” about past and upcoming events along with an update on the sale of south site and our hopes to record and commemorate the establishment. 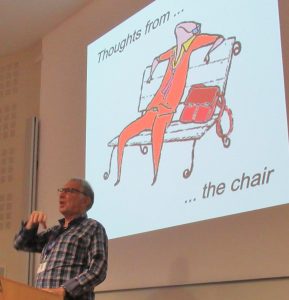 David Whitaker then provided an insight into our extensive education and schools activities, including an invitation for further schools to benefit and finishing with an opportunity for members to volunteer to help in various ways. 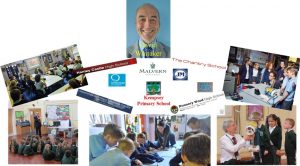 Refreshments provided an opportunity to peruse the photo albums showing establishment staff over the years and for many individual discussions to take place.