ABOUT US:   We were founded in 2010. In March 1942 and in great secrecy, UK Scientists from the Telecommunications Research Establishment (TRE) near Swanage and the Air Defence Research and Development Establishment (ADRDE) were moved to Malvern to escape enemy raids. TRE and its successors remained in Malvern until the Government relinquished the site to QinetiQ in 2001.

WHAT WE DO: We tell the stories to the public of Malvern’s science heritage and the people behind it through exhibitions, talks and visits to schools. We collect memories and artefacts which help us understand the origins of world changing inventions. 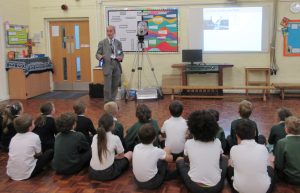 OUR AMBITION: We are currently seeking a new home so that volunteers can catalogue and make available on line many of our historic records. MRATHS wants to open a Science History Centre in Malvern, both to house our unique collection of artefacts and to open to the public as an interactive centre to tell the stories about the people and the science behind the many world changing ideas that originated here. The centre will be designed to appeal to a wide range of visitors and also to support schools in promoting Science Technology Engineering & Mathematics (STEM). 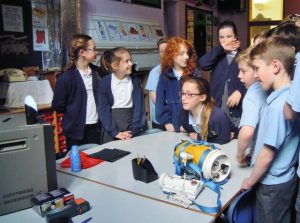 The Malvern Radar and Technology History Society (MRATHS) is a registered charity No 1183001. It exists to celebrate the extraordinary history of science and technology from Malvern. It does this in a variety of ways:

The Society Activities include:

The activities of the Society are managed by a steering group, who are: