The Young and the Young at Heart

My Teacher is “Cool”!

The Malvern Radar And Technology History Society (MRATHS) continued its mission to “celebrate Malvern’s technological heritage” with both the young and the young at heart this week.  The “young” were Key Stage 1 children at Kempsey Primary School and the “young at heart” were Malvern’s Women’s Guild of Friendship.  Both groups competed in their enthusiasm, making both experiences a real pleasure.

“My teacher is ‘cool’?” is not a statement students often make, but was appropriate for a session on infrared organised by Megan Jessop from Kempsey Primary School.

David Whitaker and John Gillham spoke with Key Stage 1 classes.  After linking back to their studies of Florence Nightingale who often visited Malvern and was also a statistician, David explained how radar works and why it was developed – we even pretended to be a radar!  He described why scientists came to Malvern and the huge impact they have had on the town since.

John introduced infrared, explained how it differs from light in rainbows and described its history.  He demonstrated an automatic light that switched on when a person moved, an early fire fighter’s camera that everyone looked through, and a high quality infrared video camera where the students could see themselves and the hot and cold features around the room as well as some surprising aspects where we could see or not see things.

MRATHS is happy to support other schools from reception to 6th form. 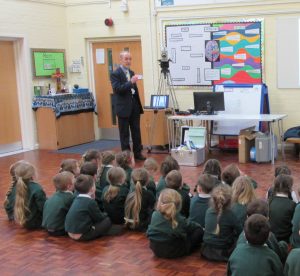 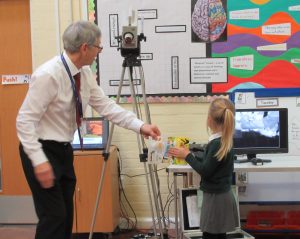 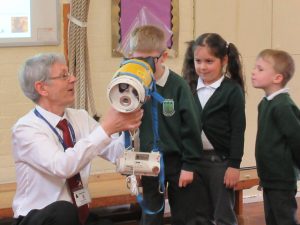 At the invitation of Cherry Cook, David Whitaker joined the latest meeting of Malvern’s Women’s Guild of Friendship.  There was a good turnout of around 40 ladies and David explained how scientists had come to be in Malvern.  He described the early development of radar, the urgent and fortuitous move to Malvern during WW2 where further developments took place, and the impact on the town then and since.  Attendees were fascinated to hear of the various sites and buildings occupied and the broadening into other technologies, the apprenticeship scheme, and amateur dramatics.

Members of the audience then asked penetrating questions which gave David the opportunity to explain further matters of interest. 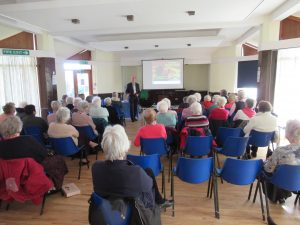 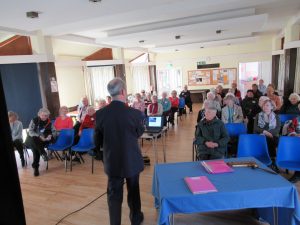