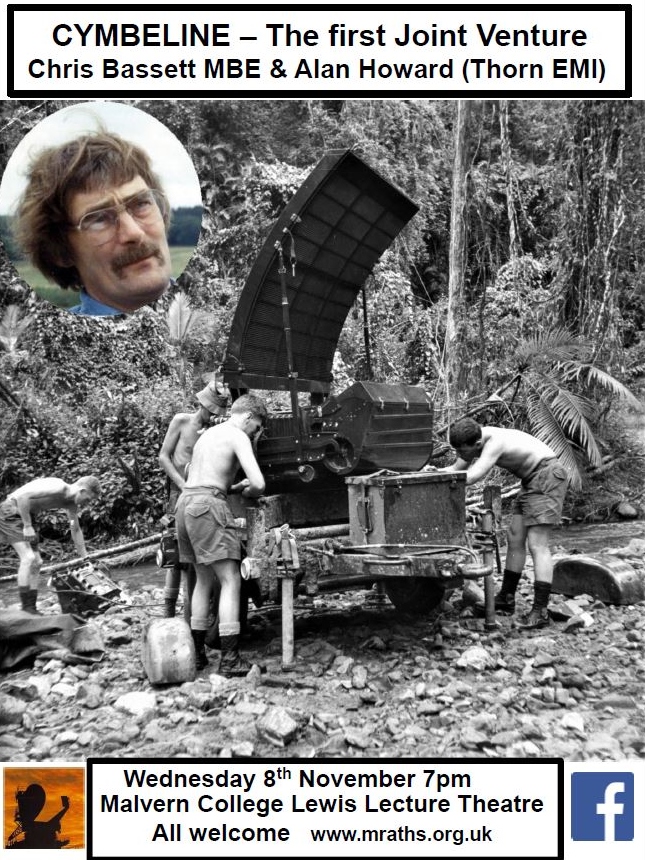 At the latest MRATHS meeting, Chris Bassett MBE, supported by Alan Howard, entertained over 50 attendees with his reminiscences of Cymbeline, the counter-mortar radar system, its engineering challenges and its world-wide sales. A sub-title of “the trials of trials” would have been appropriate as Chris peppered his description of the project with many amusing anecdotes. We are all now wondering what happened to those thousands of gold plated table tennis balls that were dropped and that not one has been reported as being found!

The meeting opened with the sad news of several recent deaths of ex-colleagues with members sharing their memories of them. Hugh Williams provided an illustrated brief on some of the newer site buildings and Mike Burstow updated attendees on several projects the committee has been working hard on – not least the possibility of a Malvern Science History Centre.

Refreshments provided our usual opportunity to catch up on old times, to meet new people and to peruse the MRATHS exhibition hosted at Malvern College. 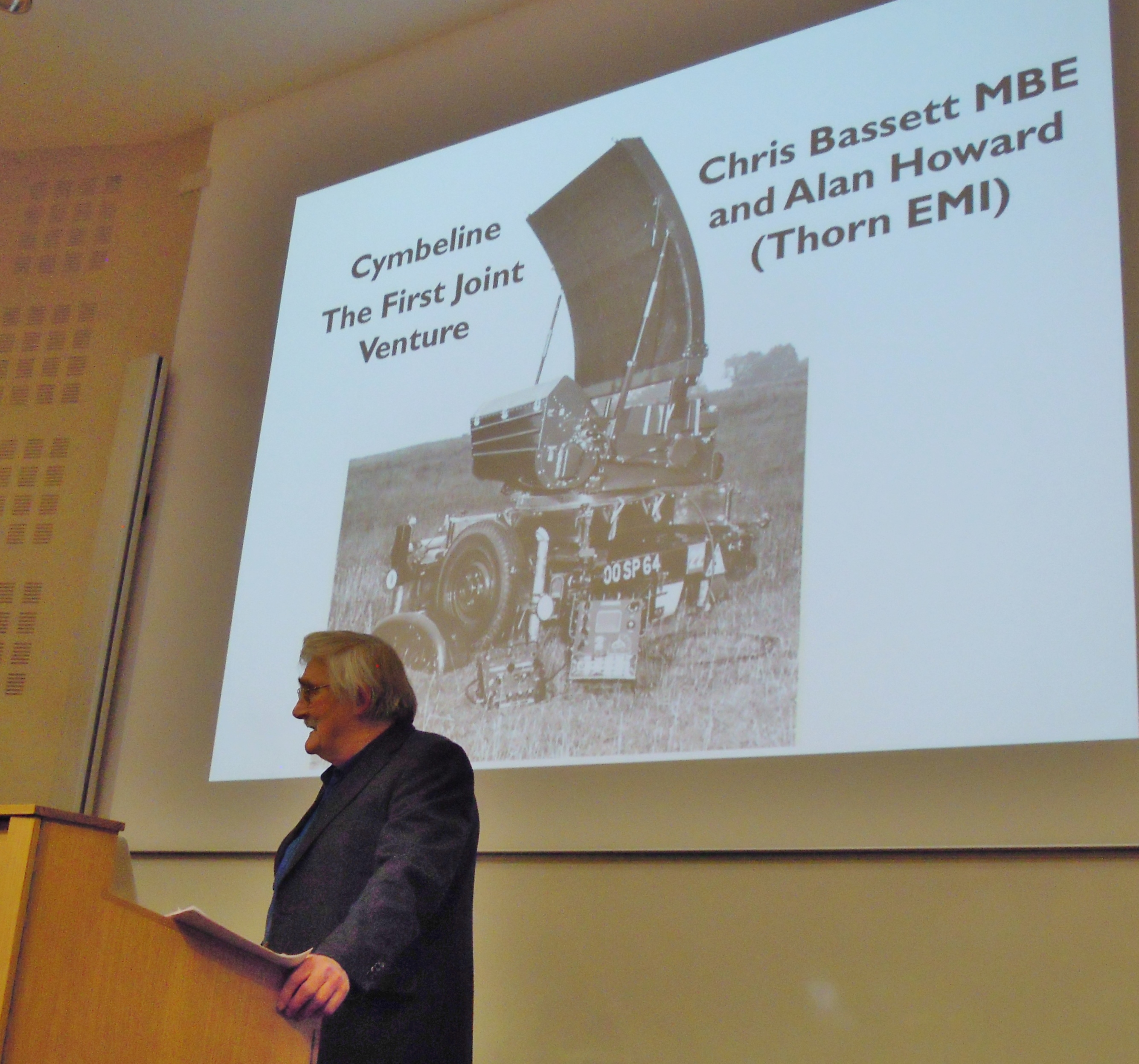 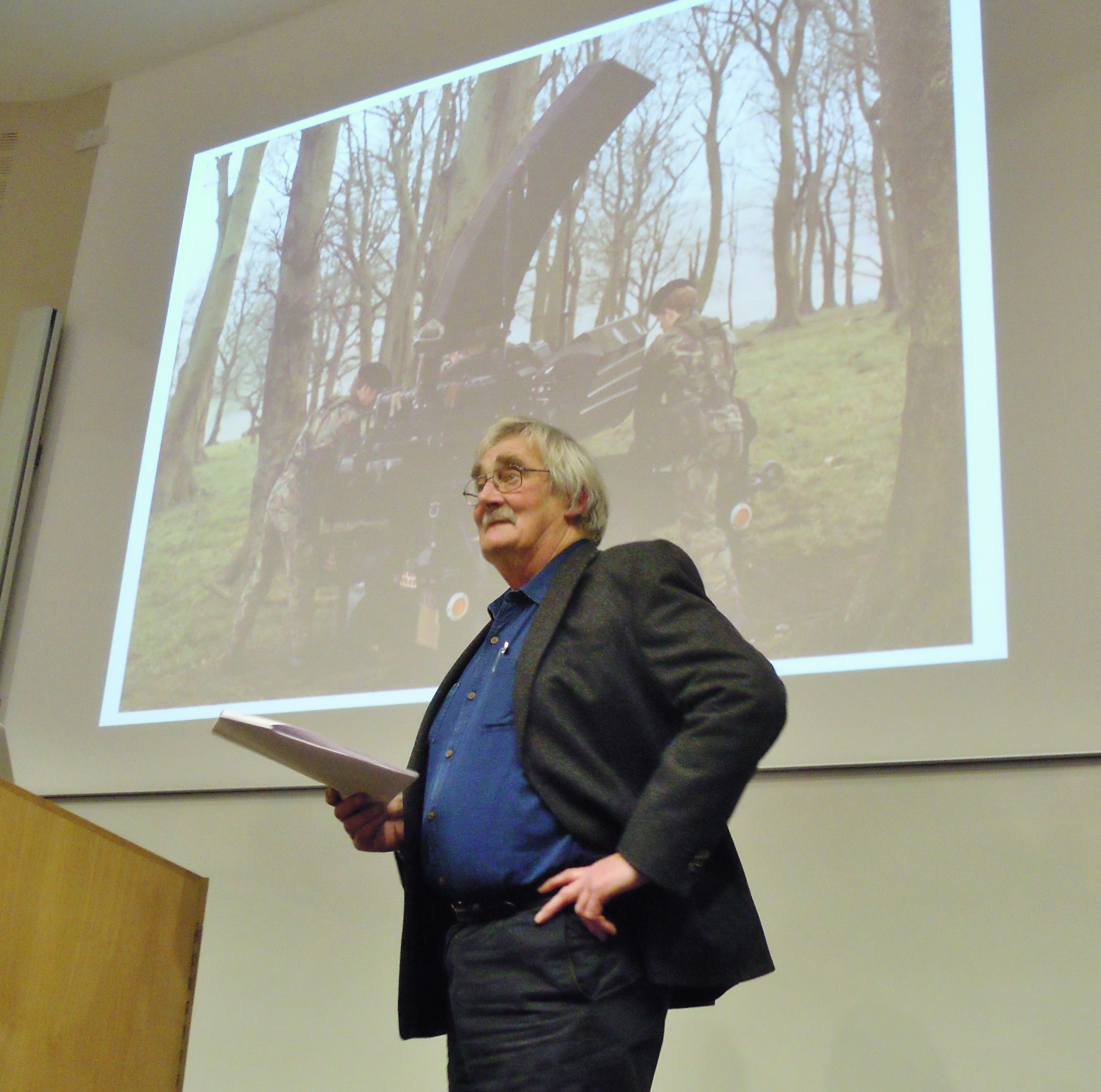