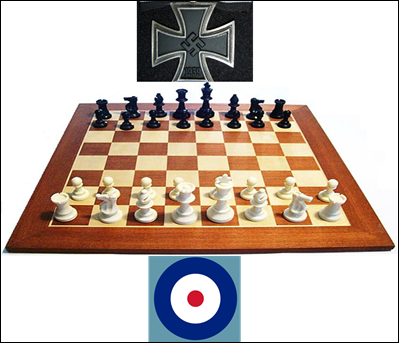 Over 60 people attended the latest MRATHS meeting at Malvern College.  Hugh Williams opened proceedings with his usual mix of recently acquired historical photographs, focusing particularly on 1950s, 1960s and Ministry of Technology times.  He also passed round what appeared to be a gold painted table tennis ball to see if it could be identified before revealing that it was, in fact, a gold painted table tennis ball(!) used for calibrating a radar.

After a brief résumé by committee members of recent and upcoming events, the main talk was by Dr Phil Judkins entitled “Chess”.  Phil described the intelligence and counter intelligence in WW2 from both the British and the German perspectives as if it were an intricate game of chess including one period which effectively amounted to Malvern versus Germany!  He amazed us with the rapid month-by-month pace and huge swings of the advantage during the war.

Refreshments provided an opportunity to catch up on old times and to meet new people, plan further activities, and see the updated exhibition hosted by Malvern College. 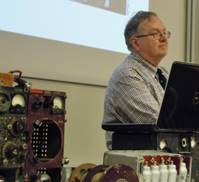 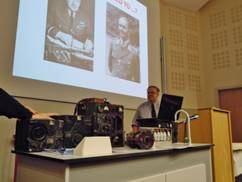