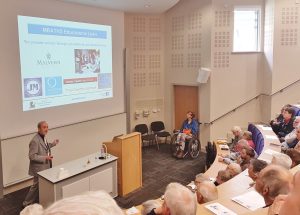 Another “sell out” exhibition including several from TRE in WW2 and Eddie Price – an original ADRDE member who travelled from Farnborough – means that Malvern Radar And Technology History Society (MRATHS) has shared its Malvern College based exhibition with ~500 members of the public!  “Feedback has been enthusiastic with lots sharing information, new members joining MRATHS, and others joining our Facebook group,” said David Whitaker of MRATHS.  Natalie Watson (Head of Science, Malvern College) observed: “Different people benefit in different ways – reminiscing, finding out what relatives did during WW2, discovering technology developed locally and how it impacts everyday life.”

In addition to the long-standing exhibition poster displays, artefacts and videos, MRATHS added more posters, staff albums (1940-2001), wartime location equipment and Infrared demonstrations.  College Sixth Formers, who had worked with MRATHS as part of their International Baccalaureate, explained their research into WW2 history at the College.  MRATHS talks were by David Whitaker on why / how scientists came to Malvern and what they have accomplished since their first developments in Radar and Mike Burstow & Roger Appleby on some World Firsts inventions and developments influenced by Malvern Scientists – surprising many by their wide impact and ubiquitous use in our modern lives. 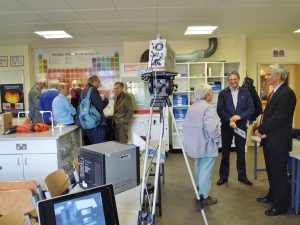 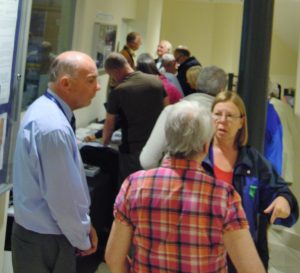 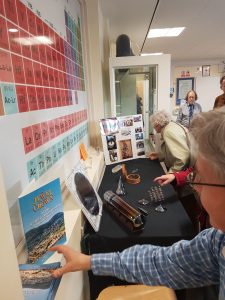