Our AGM was well attended with yet more new people to welcome.  Hugh Williams chaired the meeting and, as customary, showed some mystery photos as well as handing out an artefact for scrutiny.  The artefact turned out to be an analogue computer for determining bomb siting from around 1941!

The AGM followed with the current committee re-elected and the significant vote to become a Charitable Incorporated Organisation (CIO) passed unanimously.  Various progress updates and plans were discussed.

Following a welcome break for refreshments and informal discussions as well as an opportunity for newcomers to see the exhibition posters, three films were shown.  The first two provided histories of technical and military developments during WW2 involving TRE at Malvern and the final one showed a time lapse of the demolishing and building work around the top of C building. 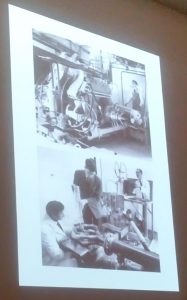 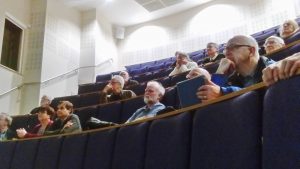 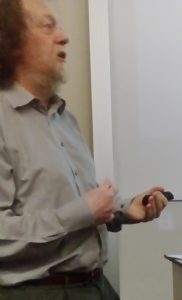 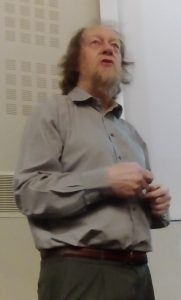