Our best attended meeting to date saw nearly 100 people aged 10yrs to “somewhat older” enthralled by Alan Whittaker’s description of the Avro Vulcan aircraft.  Alan covered everything from its genesis in 1940s, the operational requirements, and the design to its peak of 134 aircraft.  The personal insights into practical problems particularly fascinated and amused the audience.

Hugh Williams had opened proceedings with the sad news of the death of his ex-colleague, Jim Crabb, and followed with his usual “mysterious photographs”.  Mike Burstow outlined our upcoming meetings followed by David Whitaker summarising our recent successful open event at Malvern College and notified us that 20th May was the date of the next one.

After Alan’s talk, we took our refreshments and held informal discussions alongside looking at parts of Vulcans kindly exhibited by Roger Bowen of the 655 Maintenance and Preservation Society.

The evening continued with a theme relating to “Vulcans in the Falklands’ conflict” starting with Hugh’s assessment of the Argentinian air defence capabilities and finishing with an informative film. 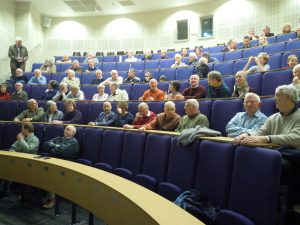 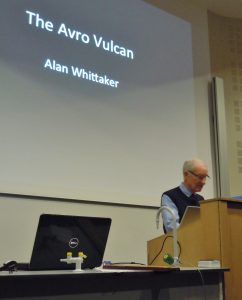 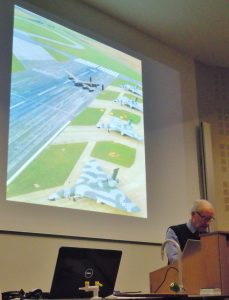 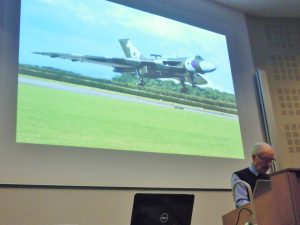