A delightful mix of young and …. those with more experience (!) worked well at MRATHS latest meeting, kindly hosted by Malvern College.

The Chairman welcomed everyone to the new venue, covered several news items, and displayed some recently acquired pictures.  We then shared updates on recent events: the posters in Church Walk, Malvern proved a major success generating a lot of interest throughout their time there.  Conversely, our exhibition at Malvern Vale failed to attract much interest in the photographs of the site history prior to the building of The Vale.  This was followed by our plans for coming events.

Malvern College sixth formers had been working on their International Baccalaureate group project with help from MRATHS.  Members from the three groups presented their work focusing on the overlapping history of the Telecommunications Research Establishment (TRE) and Malvern College.  This included an explanation of radar and the move into Malvern College from 1942 to 1946 with several intriguing “then and now” photographs.  The audience were quite enthralled by their performance and their enthusiasm.

The main speaker for the evening was Professor Tom Elliott on “Semiconductor Infrared Detectors and Thermal Imagers”.  He added a personal slant to the important developments that occurred over many years within the establishment resulting in several world firsts and numerous accolades whilst also providing conflict winning capability to all three military services.  Tom explained the underlying physics and highlighted advantages and disadvantages of the various approaches.  He also included many images and his videos that alternated between visible and infrared, were most “illuminating”.

The evening finished with our customary refreshments and chats as well as an opportunity to view several devices and artefacts associated with the infrared programme and an early opportunity to view the MRATHS exhibition prior to its official launch on Saturday 15th October 2016. 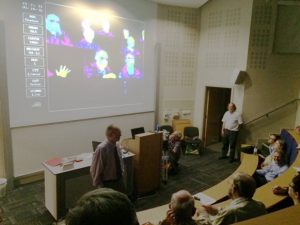 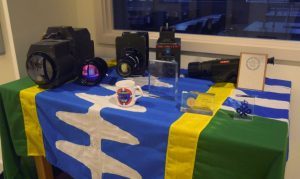 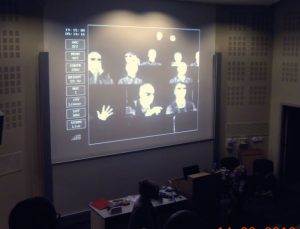 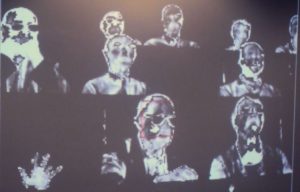